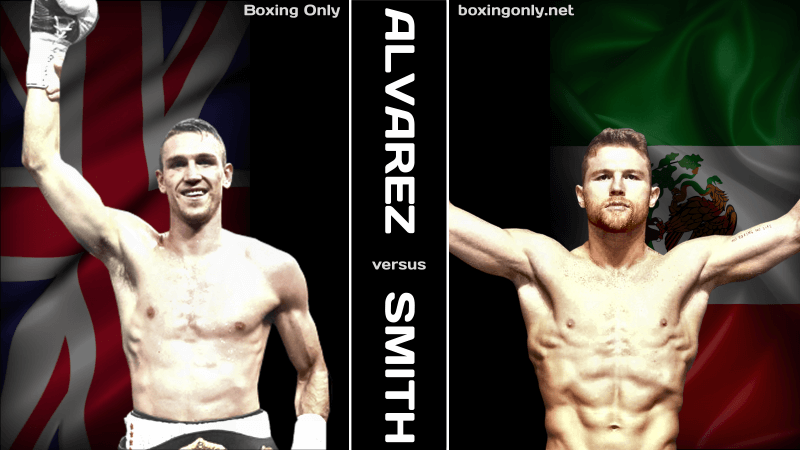 WBA Super world super-middleweight champion Callum Smith has won boxing’s golden lottery ticket for 2020. On Saturday 19th December he defends his belt while also challenging for the vacant WBC title against Mexican superstar Saul “Canelo” Alvarez at The Alamodome in San Antonio, Texas. Ironically, the fight will be streamed by DAZN who Canelo recently won a court action over to become a “free agent.”

The 30-year-old Mexican sensation had whittled his list of possible opponents down to three, and again in a strange twist of fate, or not, they were all DAZN contracted and Matchroom boxing promoted fighters. Billy Joe Saunders, Smith, and Demetrius Andrade were all viable and available world titleholders, but it was Smith that Alvarez decided upon for his only outing of 2020.

If you are wondering what the point of an expensive lawsuit was when you are still going to be working with the same outfit, then you will have missed the only person no longer in the loop; Oscar De La Hoya (Golden Boy Promotions).

With a month to go until fight night, Smith was never going to turn the fight down due to the life-changing payday he will receive. The big question is; just how far along in his training schedule was the Liverpool born and bred world champion?

Canelo’s last fight saw him win the WBO world light-heavyweight title from Russian Sergey Kovalev last December. The fight was scheduled in a way that meant the 36-year-old champion would have to go straight back into training after his tougher than expected defence against Anthony Yarde, a ploy that some believed would leave the champion short of stamina in the latter stages of the fight. Canelo won the title by knocking out Kovalev in the 11th round. Has the flame-haired Mexican pulled the same trick on Smith?

For most of the year, Smith’s fellow countryman Billy Joe Saunders, the reigning WBO titlist appeared to be the one most likely to face Canelo in 2020, so perhaps Alvarez was hoping Smith would take his eye off the prize and lack match fitness with the short turn around. No matter how much training the 6ft 3 Inch champion may have been doing while Canelo was waiting for his legal issues to be resolved, it could not compare to a full training camp in the build-up to a world title fight.

Smith, one of four fighting brothers, lives and breathes boxing, so does his trainer Joe Gallagher who is a very astute and untrusting type of operator. It is entirely possible that these two have expected something like this scenario to come about and will be fully prepared come fight time, if so, then Canelo could be in for a shock. 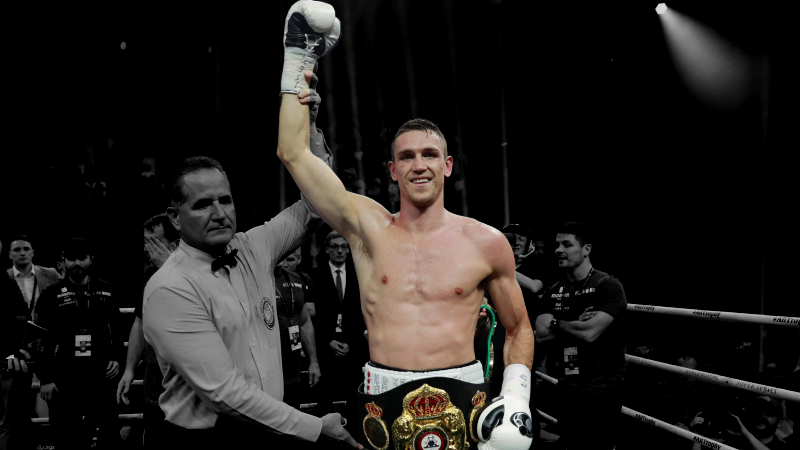 At 6ft 3 Inches tall Callum Smith will have a big height advantage over Canelo.

Gallagher and Smith have knowledge of how Canelo performs under the bright lights. In September 2016 Gallagher took Callum’s brother Liam to Texas to defend his WBO super-welterweight title against the Mexican. Liam was stopped by body punches in the 9th round having been down in rounds 7 and 8 but, Liam had his moments in the fight before Canelo prevailed. Gallagher will have learnt from that experience and will have returned with invaluable knowledge as how to prepare for the fast and hard array of punches that Canelo can produce when needed.

Callum’s last fight may also have been a deciding factor in Canelo’s decision-making process. His laboured decision win over fellow Brit John Ryder in defence of his title in November 2019 did nothing to cement the belief of many that Smith was the leading super-middleweight on the planet. Despite having lost 4 of 32 bouts going into the Smith challenge, Ryder is a world-class talent and would likely give any of the world’s leading 168lb players a tough night.

Will Canelo’s lack of activity play a part? It will be 11 months since the Kovalev fight by the time the two step into the ring and the Mexican usually fights twice a year.